The Senate Appropriations Committee, which Lesko chairs, is the only place where bills can be introduced this late in the legislative session.

Lawmakers previously have tried to enact the strict-compliance provision as part of a broader package of initiative changes that passed the legislature in 2013. But after a coalition of citizen groups referred the changes to the ballot, lawmakers repealed them.

HB 2244 was originally sponsored by Rep. Eddie Farnsworth, R-Gilbert, as a bill that would require the state Department of Public Safety to file its annual reports on concealed-carry weapon permits electronically. 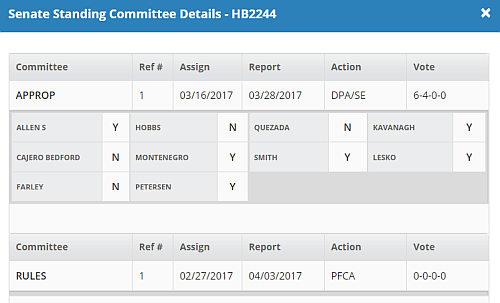